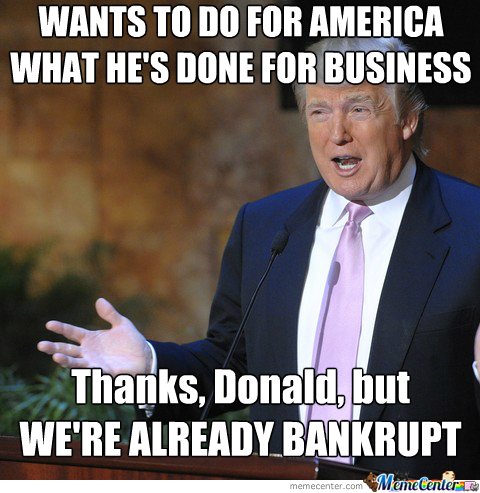 I’m one of the Liberty-loving Americans who was crushed to hear that Rand Paul had suspended his campaign after landing in 5th place after the Iowa Caucuses. Crushed, but not surprised. From the moment the “orange-faced windbag” t.Rump announced he was running for President—as a REPUBLICAN!—I knew the fix was in.

My theory all along? It’s no coincidence that t.Rump got into the race just after the news broke that the United States Secretary of State routed all—ALL—of her official State Department electronic correspondence through a physically and electronically unsecured, consumer-quality, easily-hacked email server and read her Top Secret emails on an equally unsecure, off-the-shelf Blackberry.

The “innocent” explanation is that Hillary wanted to avoid the bother and inconvenience of complying with pesky “laws” like the Freedom of Information Act. (Laws are for “the little people,” after all.) The more sinister explanation: if one wanted to “accidentally” on purpose make it super-easy for donors clients spies in North Korea, Russia, Iran, etc. to access classified info without detection, one can scarcely imagine a better plan that a wide-open email server, left unattended in a building in New York City during her entire tenure as the SoS.

The stakes couldn’t be higher for Team Hillary. Hillary is destined to be America’s First Woman President. (Just ask her.) The DNC stole the 2008 nomination from her, so “It’s Her Turn” (just ask any establishment Democrat operative.) And serving as President is the only way she can keep herself and the rest of the Clinton Crime Family out of prison. She can’t reliably expect anyone else to pardon Bubba for all his raping and influence peddling, and Huma for all her espionage and all her other sycophantic and treasonous hangers-on for whatever they’ve done to facilitate the leak of U.S. secrets and raid the U.S. Treasury for their own enrichment. It has to be Madame President or Bust.

Bill & Hill—”old friends” of t.Rump’s—are sociopaths. Charming, charismatic, ruthless sociopaths with no moral compass who will do anything and everything to maintain their positions of privilege and power. They had no compunctions about taking $100,000 from t.Rump to show up for his wedding to his latest trophy wife. And he had no compunctions about paying them off donating to the Clinton Family Foundation to do so.

With hundreds of FBI files at their disposal, Bill & Hill have collected dirt on A LOT of people over the years. (If bribery doesn’t work there’s always blackmail.) My wacky tinfoil hat conspiracy theory is that the Clinton Crime Family schmoozed and/or bribed and/or blackmailed t.Rump to run for President as a Republican to create a handy diversion in the celebrity-dazzled media. They probably expected a half-hearted, phoned-in, made-for-TV candidacy that wouldn’t have any electoral impact, but would at least last long enough to keep her “email misunderstanding” out of the news.

A t.Rump campaign must have seemed like a win for Team Hillary in more ways than one. Hill & Co. must have recognized Rand Paul, the eye surgeon from Bowling Green, as the only credible GOP threat to her position as The Anointed One. As the winner of three back-to-back CPAC straw polls, junior Senator Rand Paul had earned a lot of favorable press in the summer of 2014, was already recognized as a leading candidate for the GOP nomination, and had been the subject of a compelling cover story in Time magazine as “the most interesting man in politics.” Rand Paul’s criminal justice reforms and outreach to African-Americans made him an increasingly credible choice for black voters versus presumptive nominee HRC. Swept into office during the 2010 mid-terms, on a wave of Tea Party fervor, Rand Paul was seen as the anti-Establishment “outsider” candidate.

Worst of all, Rand Paul was actually beating Hillary in head-to-head polling in five states that swung for Obama in the previous election. As a celebrity and reality TV star, t.Rump would suck up all the media attention that Rand Paul had started to earn.

And suck it up, t.Rump did. The Media Research Center noted that during a 90-day period in the fall of 2015, the evening newscasts had gifted neo-Republican t.Rump with about 36% of all news coverage. Rand Paul, an actual life-long Republican and threat to Hillary, received less than 1% of the coverage. This pattern continued throughout Rand Paul’s candidacy. By the time Paul suspended his campaign, just after the Iowa caucuses, Trump was receiving about 23 times as much media coverage as all the other candidates—Democrat and Republican—combined.

In the face of this de-facto media blackout, unprecedented reliance on wildly inaccurate polling to determine debate lineups and speaking time, and lack of billionaire donors, Rand Paul’s campaign never earned enough media coverage—or paid for enough advertising—to grow much beyond the Liberty Movement. As the one true fiscal conservative in the race, Rand Paul would never allow his campaign to go into debt, so after a disappointing Iowa finish, Paul suspended his run.

Now, of course, the joke’s on the Clintons. Their orange friend’s self-aggrandizing tendencies have apparently blossomed into full-blown Narcissistic Personality Disorder under the unremitting glow of constant media attention. The GOP Establishment has stabbed rank-and-file Republicans in the back so many times that a third of the GOP electorate says they angry enough to overlook t.Rump’s misogyny, racism, juvenile tantrums, lying, flip-flops, and 50 years of support of Progressives and Democrat policy to “send the GOP a message.”

It may be past time that T.Rump can be stopped—even by the Clintons. 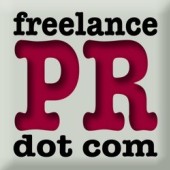 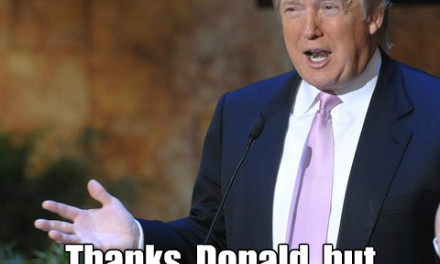